A Beginner’s Guide to Writing Numbers in Words 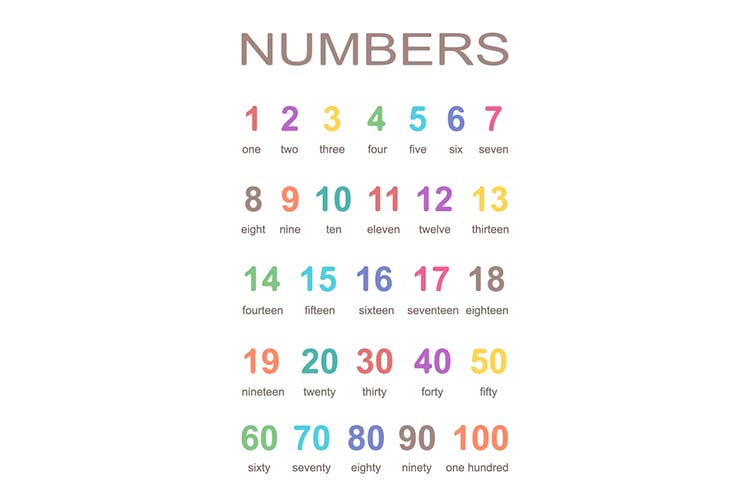 Using words to write numbers when writing something in English makes your work look classy and clean. More importantly, it makes your writing readable and eliminates the hurdle of reading numbers and words together. In handwriting, words are not just easy to write but also difficult to mistake for each other. Even though longer numbers that have a lot of zeros at the end are not as useful as writing shorter numbers, it is still an important skill to learn for a student.

English is the most common, if not the universal, language used in institutes specifically for teaching purposes. Therefore, a student must learn how to convert numbers to words in English when writing something that involves the use of numbers. If you struggle to write numbers in words on a daily basis, then you may need to hire a private tutor online to help you out. In the beginning, roman numerals were used to represent mathematical numbers when writing, such as 1-I, 2-II, 3-III, and 4-IV, etc. However, now the preferred way of representing numbers is to write them in English words.

Counting From One to Ninety Nine

Let’s start with one to nine because that is where it all starts. These few numbers make up the whole empire of maths. So, it is important to know how to write them in English before you learn something else. Once, your grasp on them is strong, learning the rest of the numbers feels like a piece of cake:

Now that you know how to write the first nine numbers in words, for example, how do you write 1 or 7 in words, it is time for you to move on to learning how to write numbers from ten to nineteen.

The key to learning and remembering this set of numbers is to keep one simple observation in mind that most of the numbers (except ten, eleven, and twelve) are just their basic spelling (from one to nine) with the word “teen” at their end.

Once you know how to write from one to twenty in words, you can then proceed to learn about the rest of the numbers because your base is now strong. You can, at this point, learn to write any number you want in English whether it is how to write 50 in words, how to write 20 in words, or how to write 100.

One little hack for you here is that all these numbers, spelled in ten, end in the letters ‘ty’ except for 100.

You can write any number from one to hundred if your basics are strong. Let’s see an example of the number 56:

Then you have the hundreds which are easy to write if you remember the basic numbers and their spellings. All you need to do is add the word ‘hundred’ after each number.

With the knowledge to write from one to hundred, any student can write any number higher than hundred. You just have to write the hundreds place, and then the rest of the numerical.

Before you start writing longer numbers, it is important for you to understand place values. Based on where a digit is situated in a number it can mean something different, so you can’t mess up the place of the digit if you want to get the number right. Here are the first nine place values:

When writing higher numbers, you’ve to add commas. To add a comma, count three digits, starting from the right and add a comma. Repeat this to separate the number in groups of three.

You can also add a period instead of a comma; if that is how the numbering system works where you live.

If the denominator is the number 2, then such fractions are written as halves. So, 12is written as “one-half“, 23 is “two-halves“ and 192 is “nineteen-halves“, etc.

Mixed numbers are numbers that have a whole number and a fraction together. Let’s look at an example to see how you can write a mixed number:

Consider 745 as the sample number. When writing it in words, it will be “seven and four-fifths“.

There you have it. A comprehensive guide to working out how to spell numbers in words. Follow our guide and you will become the best at writing numbers in words in your class.