4 Fun Educational Podcasts for All Ages 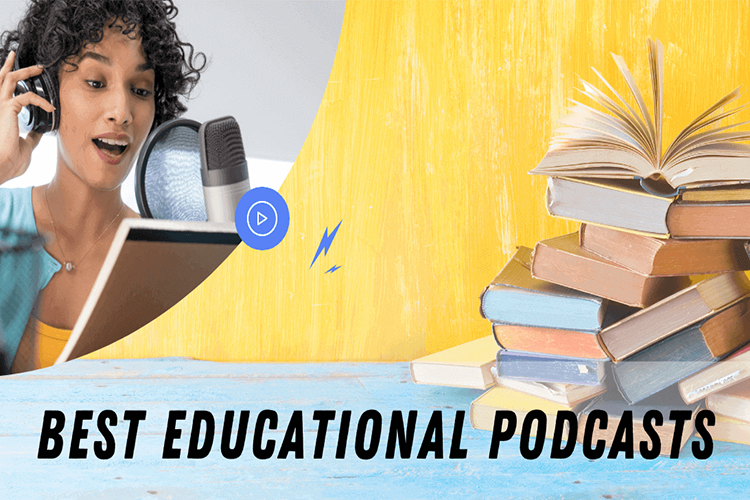 The ever growing advancement and availability of the internet has led to many new ways of both distributing and consuming media. While video and music streaming are undoubtedly the most popular forms of internet based media, podcasts have also carved out a fairly large niche.

Podcasts are defined as audio content distributed over the internet, though a simpler way to understand them would be to think of a podcast as an internet based radio show. They are generally available on both desktops and mobile phones, on dedicated apps from large tech companies including both Apple and Google.

The aim for most podcast creators is to create a relaxing, easy to listen to piece of content, which listeners can listen to at their own pace. Podcasts can be about a specific topic, although many podcasters don’t limit themselves to just one, choosing a different topic for every instalment. Podcasts are almost always available for free.

With podcasts now being firmly entrenched in the mainstream, many people with professional education experience have taken it upon themselves to use this new format of media, to educate people.

These are produced, and hosted, by people from all walks of life, and offer myriad different perspectives on education, as well as some podcasts that serve as a source of education for children, all on their own.

We’ve picked out some fun podcasts for both parents and students, which can deepen your understanding of education, and give your kids a new avenue to pursue their curiosity, and learn more about the world.

The Cult of Pedagogy

Merriam-Webster defines pedagogy as the art, science, or profession of teaching. It originates from the ancient Greek word “agogos”, meaning leader.

A “paidogogue” was a slave that led children to school and back, and also spent time teaching them manners, and provided after school tuition. This later evolved into pedagogue, the modern form of the word, which simply means teacher.

The Cult of Pedagogy is run by former American middle school teacher Jennifer Gonzalez. With seven years’ experience teaching in classrooms, and further experience preparing teachers for work at a local university, Jennifer brings a wealth of experience as an educator for both students, and other educators.

With the motto, “If it has something to do with teaching, we’re talking about it.” this podcast discusses all things teaching including, but not limited to, teaching strategies, classroom management, education reform, and educational technology. The podcast invites educators to discuss their own experiences and perspectives, with some episodes featuring just Jennifer discussing ways to make the classroom more fun and engaging for students.

An award winning educational podcast produced by American Public Media, Brains On! is a show for both kids and adults, using science and history to explore and understand the wider world.

Host Molly Bloom is joined every week by a different child, to answer fascinating questions regarding the world, in attempt to encourage natural curiosity, not just in kids, but in adults too. The producers of the podcast firmly believe that there is no age limit on curiosity, and so the content of the podcast is aimed at all ages.

With a staff that loves learning, and all of whom possess a variety of qualifications and backgrounds in subjects ranging from music to dinosaurs, this podcast is perfect for increasing your knowledge of the world.

It all began back in 2005, with University of Chicago economist Steven Levitt, and New York Times journalist Stephen J. Dubner collaborating to write the book, “Freakonomics: A Rogue Economist Explores the Hidden Side of Everything”.

The authors expected almost no interest in the book, but it was a surprise hit, selling millions of copies in over 80 different languages, and offering people around the world a different perspective on economics and how it operates. This bestseller then spawned a sequel, a film, and the radio show that we’re discussing today.

A weekly podcast that discusses socioeconomic issues for a general audience, the show’s appeal mainly stems from the fact that it offers simplified explanations on complex economic situations, which can be understood even by those with very little economic knowledge.

Stuff You Should Know

Published by Stuff Media, Stuff You Should Know, often abbreviated as SYSK, is a podcast that aims to educate listeners on a variety of different topics. With multiple episodes a week, SYSK discusses something different every time, often using pop culture references to inject humor into whatever topic they happen to be discussing.

The content of the podcast is described by producers as covering “science, history, urban legends, and pop culture, with the occasional conspiracy theory thrown in for good measure.”

Hosted by Josh M. Clark, and Charles W. “Chuck” Bryant, who formerly worked as a journalist and a teacher respectively, the podcast has been extremely popular since its launch, and is a regular feature on Apple Podcasts’ top 10 most downloaded podcasts list.